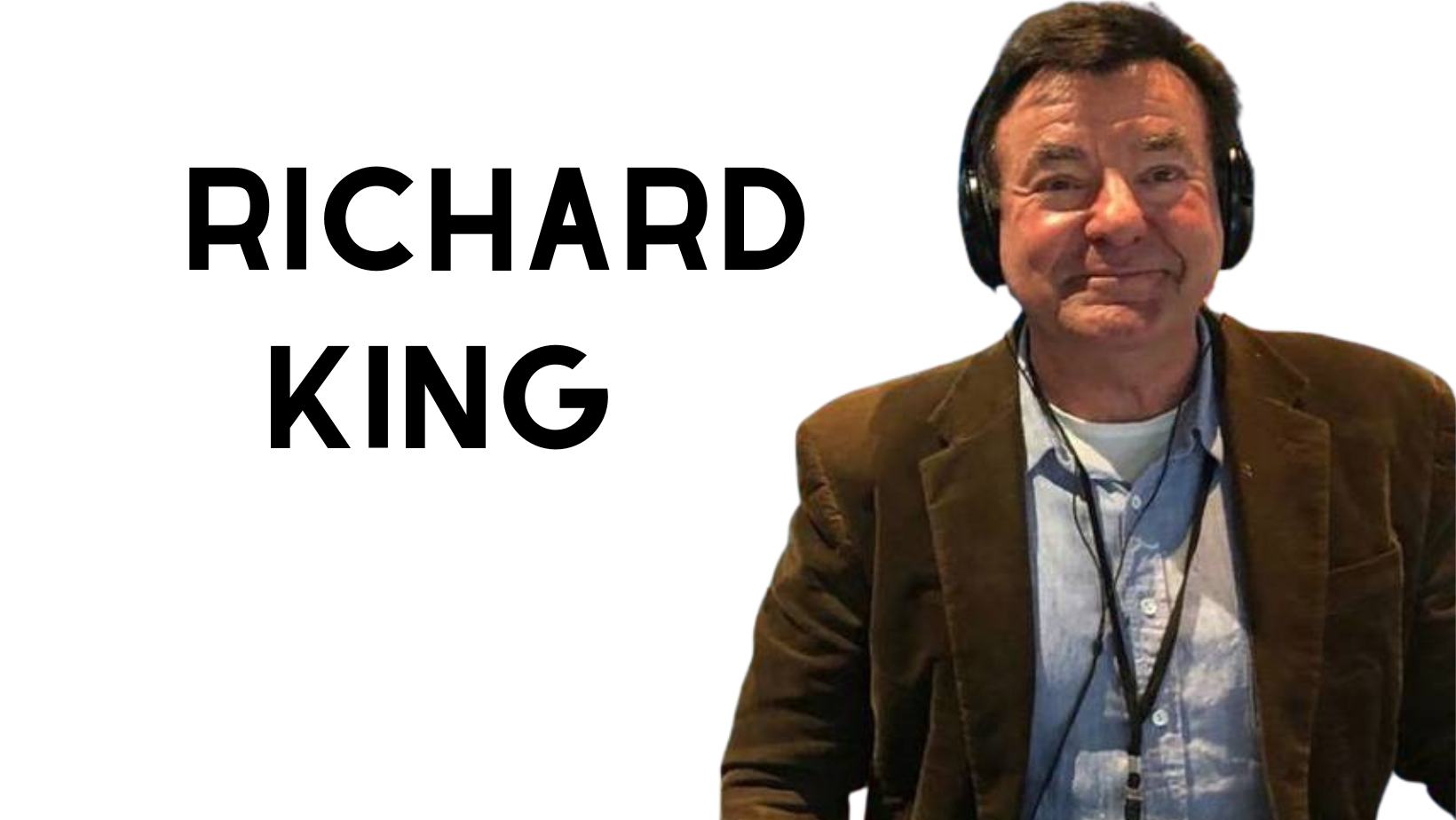 Join Richard  for breakfast Monday to Friday, 5.00 till 9.00am for the latest news, sport and talk.

Richard King was born in August 1954, His mother, Pat King, was an actress. She had badly burnt her hands as a child, so, she was told, as an actress, she couldn’t expect major roles. But that didn’t matter on the radio. She did a lot of character voices for radio plays.   Richard’s father, Doug Gawler, was a former merchant seaman.

As a child, living with his mother and older sister, Richard would be in his bedroom at night with his radio, listening to the latest hits and renowned announcer Ken Sparkes.

“I had a crystal radio and I had the little tiger clip plugged into the fly screen beside my bed, and I used to listen to 3UZ,” he says, before singing the station jingle he remembers from his childhood.

When King was 11, his mother remarried, to a man named Ron King: “So she was a King, married a Gawler and became a King again.”

The family moved to Sydney and Richard turned his radio dial to discover new music stations, primarily 2SM and 2UW. He attended Barker College and, having received a private education, “there was an expectation I should do something” when he matriculated.

King studied law part-time at the University of Sydney and worked as an articled clerk for a firm in the city – “I think it’s because I wanted to be the next Perry Mason” – but a lot of his time was consumed by his passion for music, hanging out at Anthem Records, a shop that was underground near Town Hall railway station.The store was one of the first in the country to import records, which made it all the more enticing to the teenager, as he could access the latest music from overseas.

“I think at the time as an articled clerk, I got the princely sum of about $30 a week. I was spending it all on records,” King recalls.

But it was real enough for Richard King to leave behind law and enrol in a radio presenter’s course. And the rest is history.